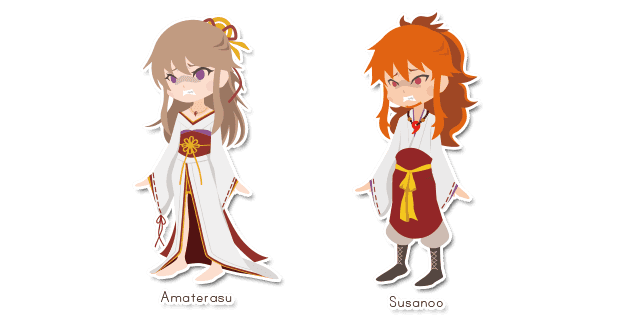 Susanoh got irritated because he was chased out from the country by Izanagi. 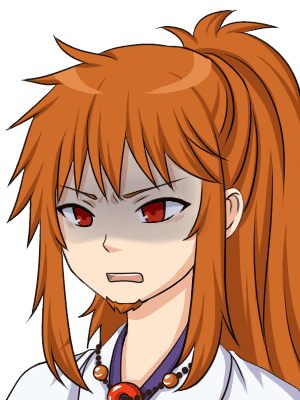 When he walked down the road, the alongside trees died and the thunder rumbled. 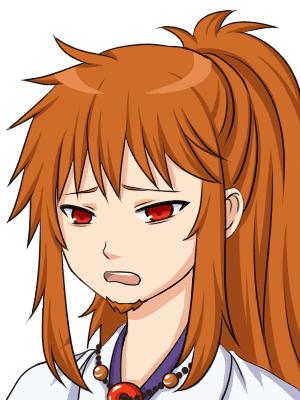 But anyway, I have to go now. I have better say goodbye to my sister before leaving this country.

He flew to the Celestian Plain. The ground wobbled drastically with his move.

Amaterasu heard the extraordinary sound in the palace of the Celestian Plain. 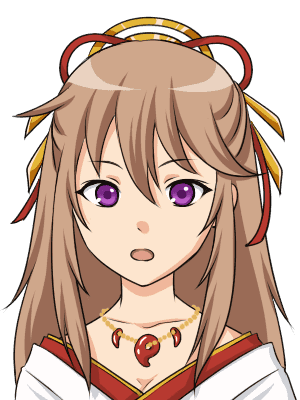 At the same time, Omohikane ran into her room in haste. He was Takagi's son and a very clever god. 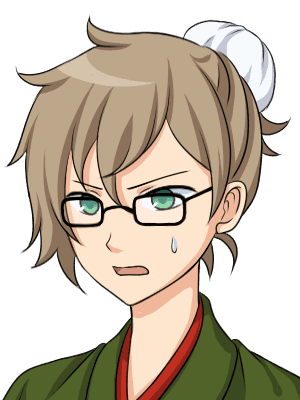 Amaterasu! Look! Susanoh is coming with a furious expression!! 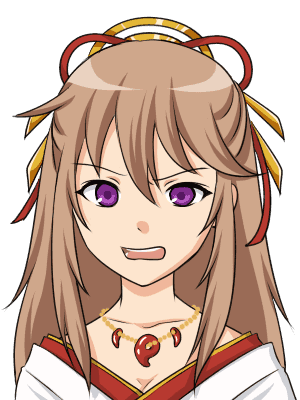 What!? Is Susanoh coming? Something bad must have happened...! 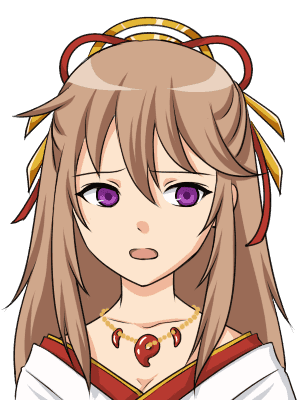 I doubt he intends to attack the Celestial Plain. Oh, no...what should I do? What can I do to protect my country!?

Amaterasu rushed into the arsenal and put her hair up like men.

She put on a long beads necklace and a bracelet as charms. Plus, she also put on protective gears and brought a thousand and five hundred arrows.

It was the first cross-dressing in Japan. 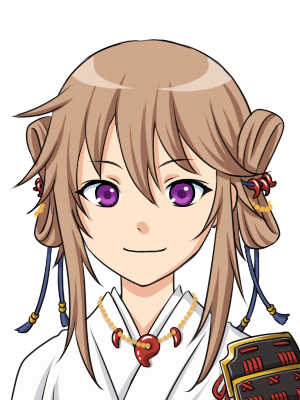 When she went outside, Susanoh had almost come. Amaterasu stood straight and aimed at him with arrows. She looked quite strong. Clouds were thick. 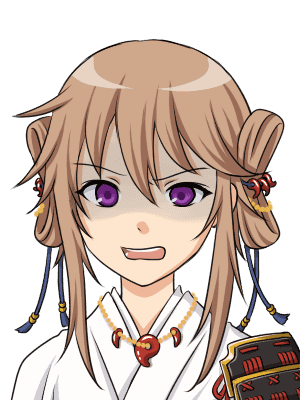 Susanoh! Stop there! Why are you coming here!? 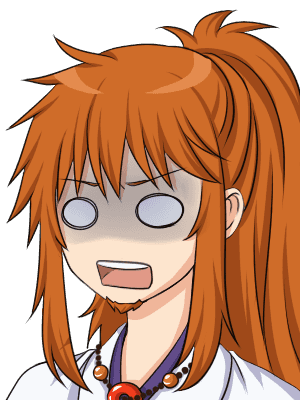 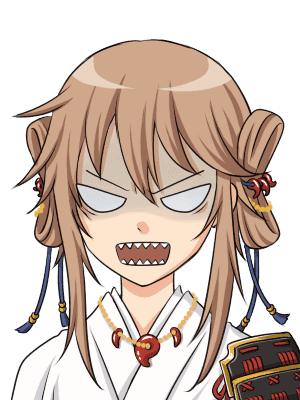 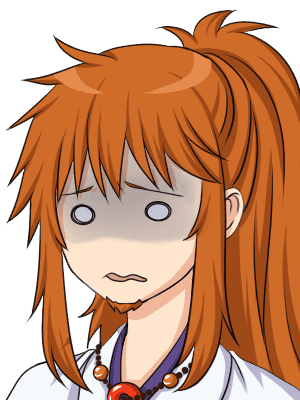 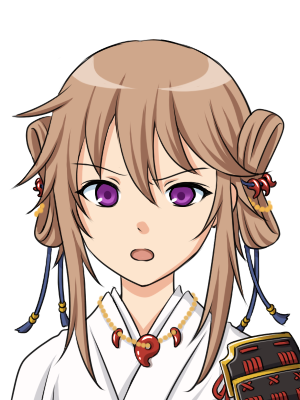 You've been crying and influencing all the people terribly, haven't you? It's too late to come here! 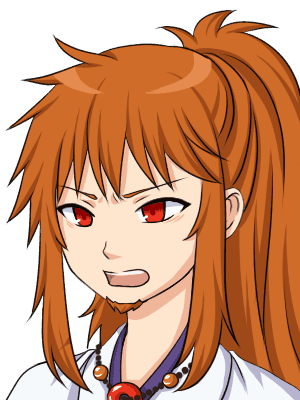 I didn't intend to cry! I just wanted to see Mom!

Will you take it out on me!? 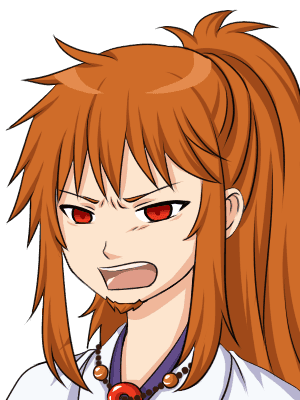 Not at all! Please calm down.......Your Highness. It's ridiculous. 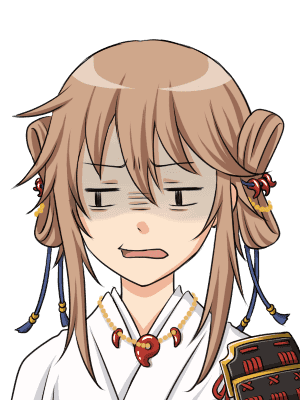 I can't believe you! Prove yourself not having any evil intentions!

They decided to make a bet about the sex of their kids. The loser would have to obey the winner. 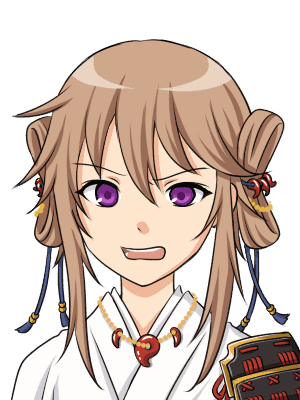 Why not? So please pass me your sword. 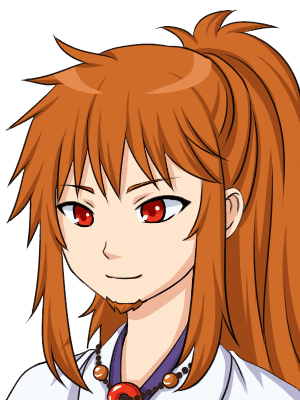 Here you are! Then I'll take your beads.

Amaterasu received Susanoh's sword and bent it three times with her bare hands. Then after washing them with well water, she started chewing on them.

Obviously she wasn't an ordinary girl.

When she exhaled, three goddesses were born from her breath. They were gods of navigations, called Munakata Three Goddesses. They're now famous for the fact that Japanese government has tried to enlist their shrine into the World Heritage.

Amaterasu looked all those kids and said, 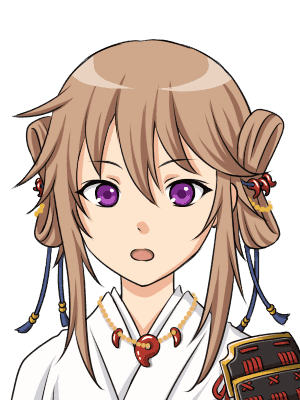 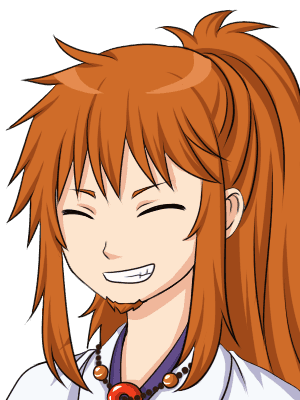 Hum. If I've had a bad intention, my sword couldn't have made elegant female gods. It vidicated my honesty. 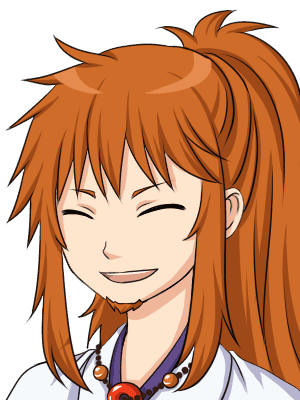 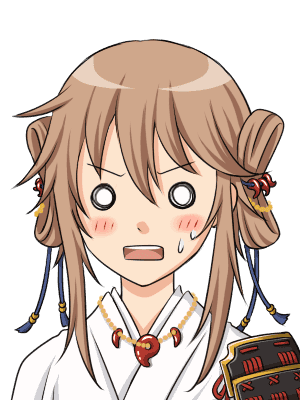 Amaterasu didn't realise that she lost the bet until Susanoh told her, because they hadn't actually made the rules of the bet. Both of them totally forgot to do so.

But in the end, she believed his words. 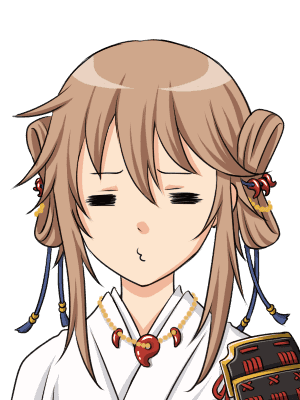 I did say so! In fact, I haven't decided where to go yet. Please let me stay here for a little while. 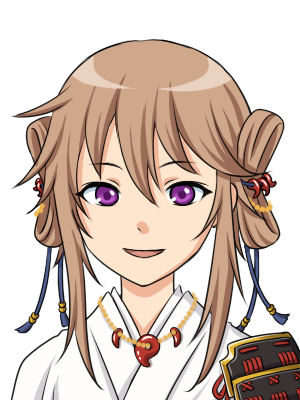 If you insist. But don't bother other people, OK?

However, Susanoh's stay triggered that famous happening in the sequels... 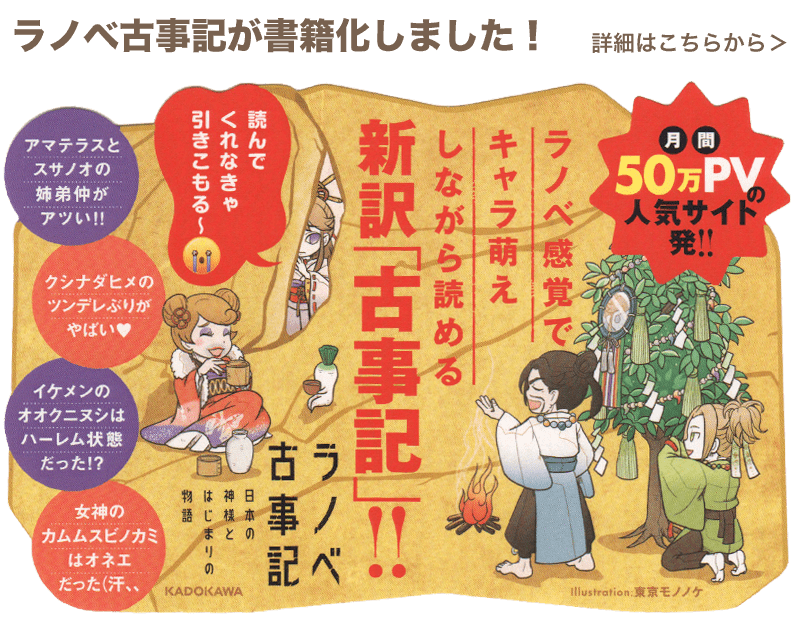