Modern and casual version
of the Japanese mythology
"KOJIKI"

It is the story about gods who made the islands of Japan. Though there were a huge number of gods, each god didn't have a big power by themselves. They couldn't make all of the world and human beings by themselves. They made our country in union. There were a lot of human-like gods, who sometimes fell in love and failed to do something.

It is the oldest book in Japan. It was written in AD.712, more than a thousand and three hundred years ago. It tells us Japanese mythology and the begennings of Japanese emperors.

The organiser of this book was the 40th emperor Tenmu. In fact there was a big fire during the reign of the 38th emperor Tenji, who was a brother of Tenmu. They lost a lot of official papers and historical books at that time. Moreover, there were several different interpretations of history which depended on areas and individuals. Tenmu felt the urgent need to organise the authentic interpretations of history and myths in his time.

View on religion in Japan 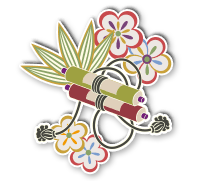 Though some people say that Japanse people aren't religious, it doesn't mean we don't believe any religion at all. Since our traditional religion is polytheistic, it sometimes monotheistic people think we don't have any faith.

Japanese people traditionally believe in gods of Yaoyorozu, which means literally eight million gods and too many to be counted. It is Shintoism. They thought of everything great such as people, animals, nature, phenomena, etc. as gods. The number of gods increased naturally. For example, they thought that seven gods lived just in a grain of rice. So it meant there were uncountable gods just in a bowl of rice. I think ancient Japanese tried to tell the importance of food through this episode.

When they imported Buddism from China, they were impressed and started believing in gods from abroad as well. As they already had huge number of original gods, they didn't mind even if it increased a bit more. Plus, some people became Christians in the modern era, because they heard about Jesus Christ and were also impressed.

Consequently, today's Japanese people go to Shinto shrines when they are born, have a wedding ceremony at Christian churches, and are buried at Buddhist temples. That's why some people think Japanese don't have steady religion.

But I have to say that we have faith, of course.

Mythology in KOJIKI came from the folk stories all over Japan. At that time they didn't have any alphabets, so the stories had been told through verbal communications. They needed to make the stories fun in order to attract the listeners. That's why there are lot of love stories, adventures, and human-like bohemian gods compared to Christianity and Buddhism.

When some heroes died in the ancient time, they enshrined them as new gods. So I think some of the gods in the myths really existed. Though they used to think that all of those stories were just fictions, some researchers have already found archaeological sites which are related to the mythology. Now many people focus on the relations between the stories and the real history.

There is one more unique aspect of KOJIKI. There are no explanations either how the world was made or how the human beings were born. While other holy books always show how the God made us, KOJIKI says in its prologue defiantly, "Who knows about the time before gods were born!"

They believed that nature was there before gods were born. The nature seemed to have been too harsh for people to survive. Then gods were born. They made a shape of the country and arranged the circumstances for people. KOJIKI tells us those processes and the reasons why the royal family started ruling Japan.

We call our emperor "Tennou" in Japanese. It is a quite unique word, and there is no equivalent word in English. It isn't the same as the emperor. I always think of Darth Vader's boss when I hear the word "emperor," but of course our "Tennou" isn't the jedi who fell to the dark side.

Since the role of "Tennou" has changed with the times, it became very difficult to explain. Present "Tennou" is the symbol of Japan. There is one unchangeable role of "Tennou" from the time of KOJIKI. It is praying. His main work is praying to gods for the sake of people. Japanese people originally lived on agriculture, and their life depended on the weather. They often prayed to gods to get the better weather and better crops. They also believed that "Tennou" was the direct descendant of the ultimate god, so they thought the gods would accept their wishes willingly when "Tennou" prayed.

As I said before, "Tennou" is different from both of the king and the emperor. There are few Japanese people who can explain what it is actually. Nevertheless "Tennou" is still the big part of our culture.

The owner of this site is a Japanese woman who loves Japanese mythology so much. I made it to encourage people to learn more about the mythology and the emperors of Japan and have fun.

There are already many books about KOJIKI, but most of them are technical and difficult to read because the original book was written more than a thousand and three hundred years ago. I modernised the sentences. I cut out the difficult commentaries and just focused on the interesting and exciting parts of the stories. I also added some new anecdotes by myself. If you accept all of these messy points, I'm very glad you read my stories. 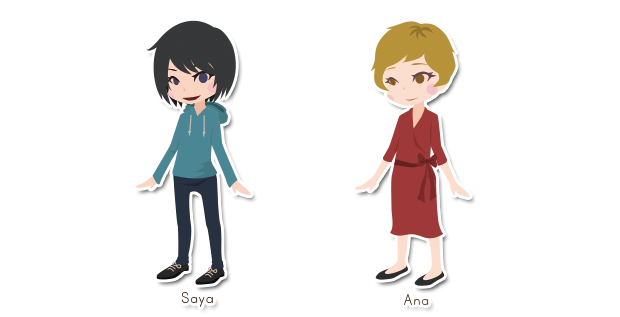 Special thank you to Saya and Ana for wonderful translation of KOJIKI into English. I've also got their comments. Thank you. xx

I'm very happy to be involved in this project. If you find any mistakes or strange expressions in my translation, please just laugh it off and forgive me.

The stories are quite funny. I bet people all over the world can enjoy it!

Working on these stories wasn't work, it was pure pleasure. I couldn't wait to read one after another, and if you start reading these beautiful myths, there is no way to stop. Japanese mythology is written in understandable and approachable way. Start reading and enjoy as much as I did.